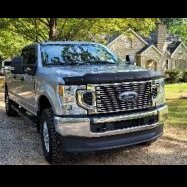 factory SD upgrades or options you would like to see in the future....